Legends and Ducks. What is it all about?

Legends and ducks rewards those who have special qualities that make them accident prone or have unfortunate things happen to them beyond their control. Here at Seasalter we like to record these memorable people have a good laugh at their expense and reward the winner in each category with a nice trophy (helps their stats points no end!).

Indeed one of the trophies quite literally came floating by at the club, a decoy duck! which was trimmed down and mounted on a wooden plinth.

Voting: If you really like a legendary incident then please tell the sailing committee - you never nw you could a winner this year!

What makes a Legend?

Seasalter Sailing Club's legends are truly magnificent people. They exhibit an awesome talent for getting things WRONG or for general CLUMSINESS on the WATER. The legend spotters are always on the look out for new entries.

For example the legends trophy was awarded to a couple of members for consistently falling out of a Topaz Race everytime it heeled over a little bit, we have never seen so many capsizes in one race, well done Billy Tipple and Mark Wilkinson.

What makes a Duck?

Whilst legends exhibit their talents on the water, Ducks can exhbit it both waterborne and on dry land! These are the ACCIDENT PRONE types and also the type of person who just have unforutnate but generally funny things happen to them.

For example the Duck trophy was won by Martin Searle in 2005 when a poor unfortunate bird died in his mast step during the winter and turned the water in there to rotten bird soup, WOW was it smelly!, so when Martin put in his mast, helped by Steve Willis we both got soup all over us! YUCK!!!! 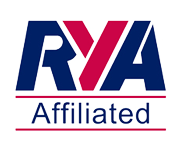